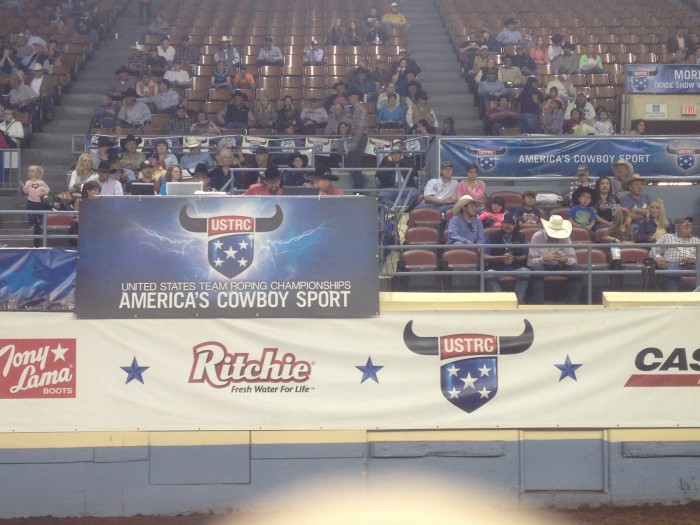 This past week in Oklahoma was fun, but long… The only money I won was from the jackpot in Guthrie Oklahoma on Friday morning with Trey Johnson. We won 375 dollars a man. For as much money as I spent going last week, that didn’t even scratch the surface to breaking even.
Here’s a quick rundown. My horses did good. I felt good about my roping. I just couldn’t seem to win anything!!! It was a little frustrating, but it’s alright. I went to the DFI on Wednesday, roped well, but didn’t win anything. Then we had the church roping on Thursday night in Guthrie.  I gave a bad handle to Buddy which didn’t help him catch, and we went out on our first one. I placed the next morning at the USTRC affiliate in Guthrie with Trey Johnson. That excited me because I was wanting to just win anything at that point.
Now,  that I had some confidence back, I was ready to rock at Oklahoma City. I did not expect what happened. I missed the third one for Buddy, and missed the first one for Walt Woodard. Not a good day… That Sunday was the USTRC Open Shootout. Buddy and I went out on our first one. It was go round attempts from then on out. My horse didn’t work well in the second round, so I blew him to the steer to make him run for the next couple rounds, and we roped a steer in about 8 seconds. In the third round, I got a great start and popped it off of our steer to be really fast…!!! I finally got it together and turned our last steer to win something, but we messed that steer up to and ended up being to long to win anything.
So… That was my week! Not a very good one, but it was still a fun one! I hope y’all are having a better week out there in Oklahoma City! Good luck! DH
Drew Horner