Anyone that knows me will tell you that participating in a cowboy skills clinic would not exactly have been on the top of my list of things to do. They would also tell you that I am definitely not a cowboy. Though, most of my life has been spread out from Texas, Louisiana and Arizona, I have not been able to experience much of the ranch life style. But after being hired on as the staff photographer for NRS, a love and respect for what ranchers do and the sports they participate in has grown little by little. 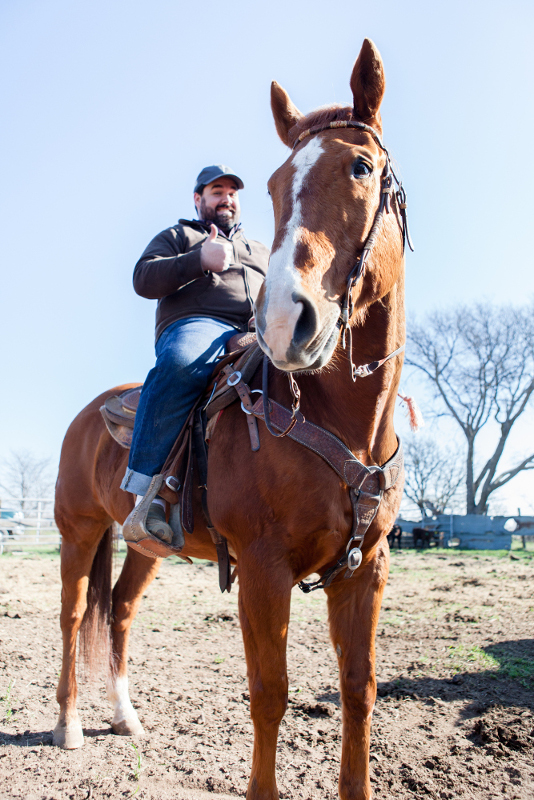 It all began with some lighthearted teasing from the guys at the arena. The last time I rode a horse was when I was 12, and it was over about as fast as it took me to get on the dang thing. After telling the guys about my experience (or lack there of), they insisted I join the Cowboy Skills Clinic. In their words, it was a low key weekend with light horse riding and calf working. So here is my experience: a city boy’s small peak of what it would be like to work cattle. My roping skills were non-existent and my riding just good enough to not fall off.

I had a blast. I don’t own a pair of boots, and it was said, pretty accurately, by David Isham, owner of NRS, I was the guy that stuck out like a sore thumb. Which was very true!

Each day started with a wonderful meal by Lori Brookshire at the cook house. After a brief time learning how to rope, we saddled up to gather the cattle from the pastures, then separated the cows from the calves. I personally was having a great time at that point. Low key riding and enjoying the cool spring air, then we got back to the arena to work the cattle. 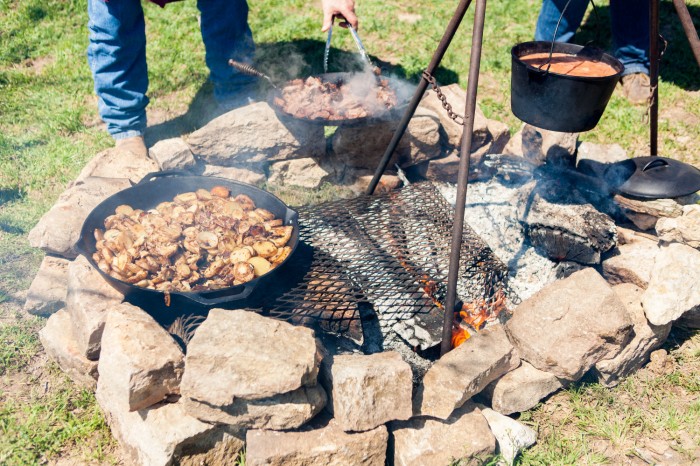 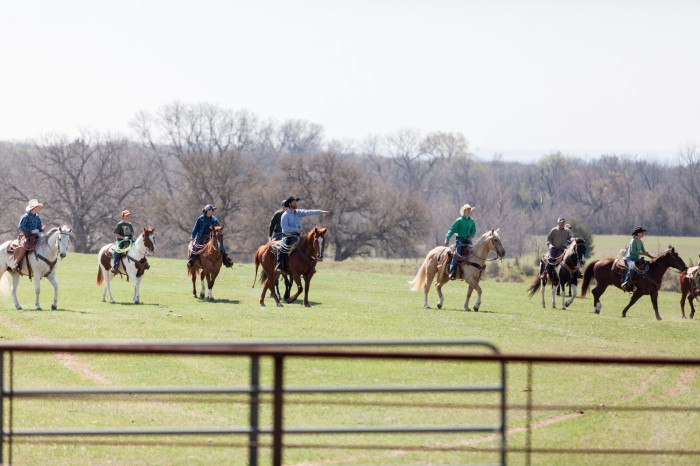 This bit threw me for a loop. Though we were already shown what we were going to be doing, it was quite a bit more intense doing it first hand. After they were roped and drug out, the mugging began. We tackled the calf, tagged it, gave shots, branded their side and castrated the bull-calves.

Once you get past the burning hair blowing in your face and castration happening at your side, you understand teamwork and history with what you’re doing. This work has been done for generations in our country and it was a wonderful experience. 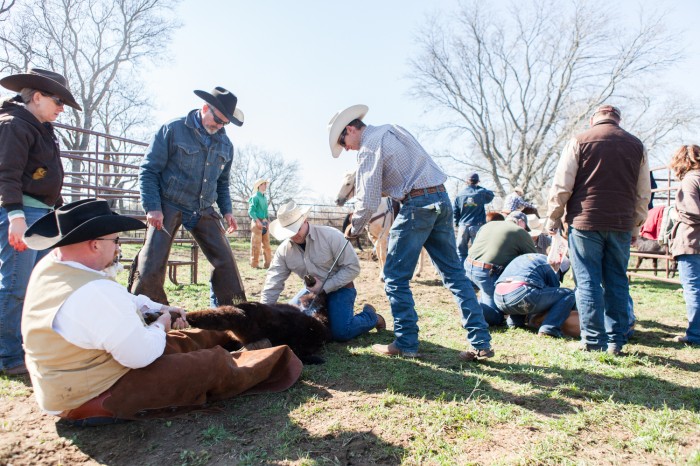 Day two started at a pasture north of the arena. I was able to take part in being horseback to rope and drag out the calf from the herd. I’d like to say I was able to rope at least one of the calves, but sadly, our awesome ranch hand, Levi Caviness was nice enough to help my rope get to where it needed to be. I enjoyed working horseback and hope to have a chance to do it again.

After finishing there we headed back to the arena to get everyone saddled up to head to another pasture. We were met by Lori and some friends and family of the NRS arena staff and had a great lunch out in the pasture. It was wonderful! Lori prepared brisket, beans and rice, biscuits, cookies and cobbler. Needless to say, it took some motivation to get moving after that meal. 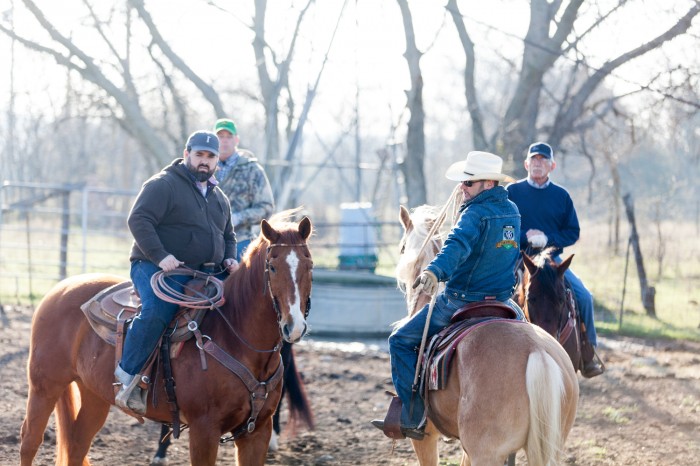 After working the cattle from that pasture, we made the relaxing ride back to the arena. It was nice being surrounded by such a genuinely nice group of people. Everyone that attended the clinic was very friendly and excited to be doing this work.

Once we got back, Lori spoiled us again by having ice-cream and cookies for everyone. We gathered together where Krece closed out the clinic with some words. It was here that he said something that has really stuck with me. He described the work we had done the past two days “soul cleansing work”. He went on to say it’s the kind of work that brings you back to your roots. It’s work that’s been done for generations and really had defined us as people for a very long time.

I am so grateful for such a nice staff. They love what they do and love sharing with other people. Though I don’t own cattle or land or a horse, it’s not something everyone has the chance to do and I am very happy to have participated in the clinic.

Interested in joining one of our clinics? Call Shaina Gulbranson at 940-626-9192